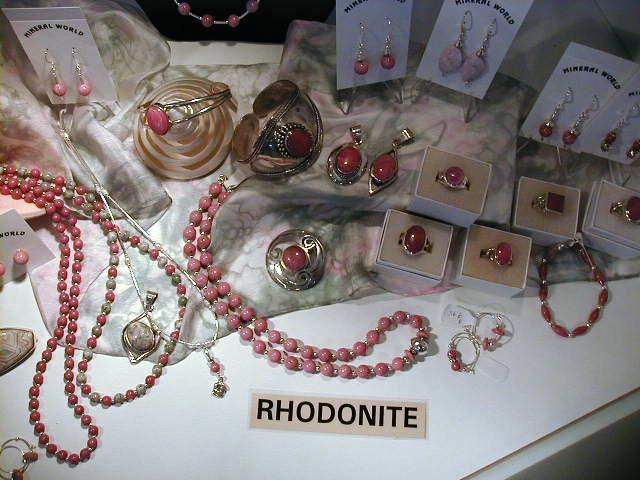 
RHODONITE is a manganese silicate with a soft pink to deep raspberry colour, often with spider webs of black manganese oxide for contrast. Its name is derived from the Greek word rhodon, a rose. It is found on Salt Spring Island and in the Cowichan Valley, making it our very own 'Vancouver Island gemstone', where it was mined during WWII for its manganese content. Its reasonable hardness (5.5) makes it popular in jewelry and carvings, while its passionate colour has resulted in it being known as the 'stone of love'.